Does slPm mean remove place maker? Or slip the stitch that the place maker is on.
What is the difference then between s1Pm and slm?

Hi there, Nan!
The way I read it, I believe it means
Work row 2 cable pattern to M
Slm, knit until 1 stitch remains before M, p1, slm, purl to last m, slm, p1, knit to end of row. I hope that is correct

Can you tell us the name of the pattern you’re following or give us a link to it?

Hi, It is Miel by Frogginette. You work it from the neck down. Lots of tricks in this, had I known … lol

I have a problem with understanding the terminology and also one of the pattern lines.

The terminology - Slm - means to slip the marker onto the needle - is this correct?

And SlPm means to slip the Pattern Marker onto the needle. Just differentiates which is which marker.

Next problem - in the 8th row, Increase row on yoke, I am asked to place 4 pm and 1 PM (start of cable pattern)

The next row - called “set up row” then has the following

In the above row, I only have PM, and 2 pm referred to. So do I ignore the other 2 pm that were placed on the needle earlier?

In the above row, I am back to referring to placement of 4 pm and 1 PM.

Would you move the pm in the set up row so that they are on the needle for the Raglan increase row - even though it doesn’t say to slm?

Thank you for your help. I’m learning a lot form this pattern and really appreciate your help.

Welcome to KH!
That’s darling. I’ve added it to my favorites. 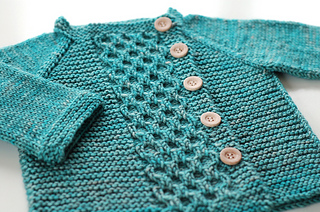 
Yes, that sounds right for the markers. The designation P differentiates one of the markers. The abbreviation “pm” is place marker and after the first row is usually referred to a marker or m. These markers should all be on the needle rather than marking a particular stitch.

In the row after the set up row (call it row 1), just slip the other markers as you come to them. Many patterns will tell you that but this one doesn’t.

For the next row,row 2, all the markers come into play since 4 of them are marking the raglan increases. They are on the needles and you should slip them as you come to them.

Thank you so much! First time using markers and first time for cable etc. You may hear from me again!!!