I have a beautiful pattern that instructs me to slip 1 knit-wise, then purl the next stitch – then knit thru the back loop of the first slipped stitch. Do I slide the purled stitch to the left needle to do this and then slide it back on the right needle when done or do I try and do this while still on the needle resulting in the slipped stitch almost being pulled over the purled stitch?

I see no one has tackled this one yet.

I’ve never heard of such a maneuver. Could you give us the name of the pattern and where it might be found, or a link to it? With such an odd directive you’d think they would explain in a little more detail what they wanted.

I tried it a couple of ways. I did slip 1kw, purl one, then put the purl back on the left needle and then making sure the yarn is in back I stuck my left needle into the back of the slipped stitch and knit it. That made it end up with both new loops on the left needle so I slipped them to the right needle. This did something :lol: but I have no idea if it is what they wanted. Doesn’t look too bad, but what I accomplished by doing that I don’t know.

Then I tried sl1kw, p1 and just keeping them both in place and trying to k the slipped stitch through the back loop. I couldn’t really manage it without knitting the 2 tog which it doesn’t say to do.

The first idea seems better. Not much help, but at least some input. 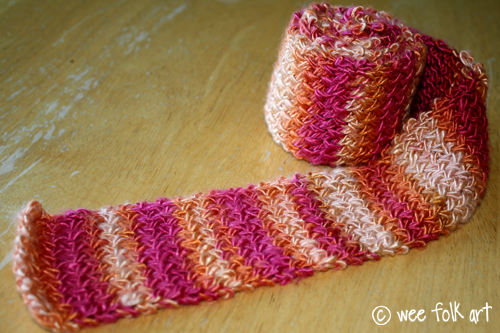 This is a stitch I have been wanting to try for awhile now. I’ve seen itRead More →