Hi there! I guess im a beginner knitter, although I’ve known how for a few years I only finished my first project some time around october last year. Since then i fell in love with knitting and I knit a few scarves, a nice couch throw. I strated looking for some straight needle patterns for other witer accessories, as I’m a tad afriad of in the round. Then I found a great hat pattern for straight needles and since I’ve knit a few hats. And then my boyfriend wanted socks! So I searched the internet for straight nedle sock patterns. I found a few , one simple enough for my first try and i’ve finished his first sock and im almost done his second. While he likes them, I’m not totally satisfied with the seam along the back, which is a tad harder to sew up then the hats.
So essentially, I would like some opinions on the alternate method the internet has so graciuosly shown me, the Magic Loop method, and wether or not it would be simpler to follow for a beginner than double points.
Thanks, Kelsey

I’ve been looking for black knit sock patterns like you were found one pair that use two colors and they seam together wrapping around rather than straight up. But I also am considering trying either circular or double pointed needles. I love the easiest possible round knit sock pattern. Thanks

P.S can you write the name of the couple of flat knit sock patterns you found? Thanks

the one i found that i like the best is http://www.ravelry.com/patterns/library/mens-basic-2-needle-sock-pattern, included in the free download the author also gives notes on how to make calculate for the perfect heel and toe increases and deacreases if your changing the sizing.

This is the only one i liked while reading it enough to actually try it, for a mens foot. However, I found a few for womens feet that I may try, unless i make a decision to move towards double points or magic loop. Here are those ones 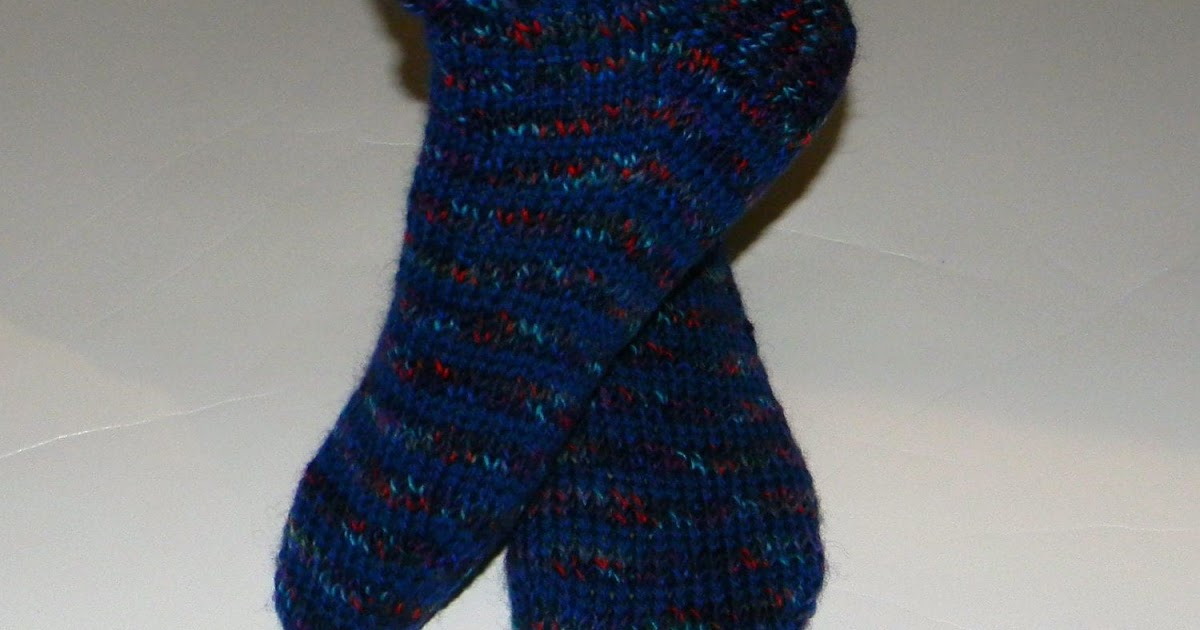 I dont like using circulars - and this is an easy pattern with just one seam up the back and the foot. Straight needle sock pattern MATER...


http://www.redlipstick.net/knit/ndlesock.html
Both of these are done in worsted weight on size 5 needles
salmonmac February 6, 2017, 8:10pm #4

Welcome KelseyLovve!
Magic loop is a wonderful technique to use for knitting in the round. Using a fairly long circular needle, you can knit just about any circumference including very small items.
Magic loop and dpns will both work for socks. It’s really a matter of preference.

I know knitters who’ve knit for years and years who prefer one over the other. It’s really kind of personal preference. If you asked ME I say magic loop for sure. I use a 32" for socks. I have made socks with DPN but I prefer using them on really small things instead.

sorry I didn’t mention that I was just interested in women’s socks. I checked out the second pattern but I’m fortunately I found it a little confusing, The part about turning the heel stitches. Just like something I’ve read called short rows? I guess my feet are like clodhoppers since I’m a size 9! LOL

,oops, Read my first one and I didn’t mean to write black socks, I don’t remember what I meant!

Thanks for the advice! In your opinion the concept of the magic loop would be easier for a beginner to grasp than dpn? I think the idea of using 3 or 4 needles is what confuses me most, so i’ll probably be better off using the circular, and working with just the two tips…sound right?

Short rows are more confusing to read about than to do. You’re just leaving some number of sts unworked at the end of a row and turning to the other side of the knitting. In some cases you need to work a technique (wrap & turn, German short rows, shadow wraps) to prevent a hole from forming at the turn. In other cases, no special technique is needed.

Both methods are a learning experience. Even with DPN you only used two needles at a time. It just looks confusing, but it’s really not. I would cast on and practice to learn first. You may find it easier to knit a few rows flat before joining to knit in the round. Otherwise it’s easy to twist the join and there is NO coming back from that. You just have to start over. I can tell you sad story about that if you want to know. lol

I like DPNs, it looks more impressive, then I pull the inside sock out and people freak

Plus no markers needed with DPNs.

I once set out to make a no seam sock on straights, knit 1 slip 1 tube but I lost interest before getting to the heel. I’m sure it can be done.

I have used DPNs and magic loop for socks. I far prefer the magic loop.
My experience with DPNs is that when I turn the work to the next needle and go to pull out the empty one I accidentally pull the full one instead. It’s a pain in the rear to try to pick up live stitches on a size 0 needle and keep track of the lace pattern. It also lends itself to Second-Sock Syndrome if you only have one set of needles. It is also very difficult keeping track of where the beginning of the round is.
With magic loop I have a single circular needle with a cable long enough to fit both socks at the same time. It does get tangled frequeantly, but so do other styles of knitting. If you don’t like tangles, you could always do one at a time or get 2 shorter circular needles to work both at the same time. I find it much easier having only 2 sides of each sock than the 3 or 4 that I have with DPNs because I can keep track of which side is the instep and which side is the heel much easier. Since all of the heel stitches are already on one needle, you won’t have to transfer the stitches to work the heel. It works well with either toe-up socks or cuff-down socks.

I’ve tried both and I prefer the dpn’s. They seem less “fiddly”. You are not going to lose out by learning magic loop because it enables you to do small circumference knitting on a variety of projects, especially projects like hats where you start out fairly large and decrease. Hope this helps

I prefer using Hiya Hiya short circulars as I’ve never got the hang of magic loop. I started sock knitting on DPNs and still use those for other projects. The only risk I’ve found with short circs is losing stitches when in transit (sock knitting is my preferred portable project type when travelling). However, I use the ear plugs you get on long haul flights as tip protectors and tend to collect these whenever I get the opportunity.