Hi. Does anyone have this pattern? I finally found the pattern, but i am having problems and not sure what to do next. I start out ok and knit the front of the thong, but im not sure what it means or how to exaclty do the next part where it wants you to mark your working location (pm), and then cast in (co) 50 sts. I work the front, and then keep foing as it decreases to the small back, and then a small triangle for the back, and then im confused and not sure what to do from here. I would love to hear from those more experienced knitters, what im to do with these instructions. Thanks a bunch
Happy knittting!!

Hi and welcome!
I can get to the Ravelry page but not to the pattern. 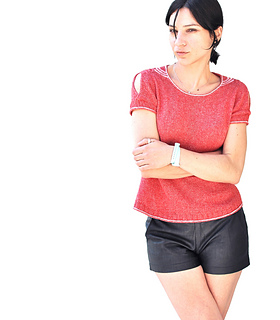 20% DISCOUNT if you buy four or more of my patterns at once!


Sounds like you’re up to the waistband? Are there directions to increase by casting on sts?
What are the directions for just the part that’s confusing? (not the whole pattern please, so that we can avoid copyright problems)
Foppies August 23, 2016, 4:44pm #3

This is the end of the back triangle:

This is most of the waistband section. Im just confused.
I co 50, and then the rest confuses me :p. Ive tried this 3 times from the start and then this section flusters me… including (join for working in the rnd, start of rnd is beg… ). I wonder if i can add a small cropped pic of it? The included pic of it is really pretty. Probly the prettiest and elegant of all the patterns i have found. I will have to google “picot edging rnd” too

It can be confusing because of all the directions to turn the work. Really, that’s just there to help you do the cast on of stitches which can only be done with the needle in the left hand and the working needle in the right hand. Keep the picture of the finished project in mind when you do this. You’re first casting on sts over the left side, picking up on the front, casting on over the right side and then joining to the back.
If you understand how to do the cast on, then the directions can simplify to:
WAISTBAND