Messed up the end of my first scarf! Please help!

I’ve been working on my first scarf (first knitting project in general) and got to the end and then messed it all up while casting off. I panicked because I didn’t know how to fix it and ended up making everything far worse than the initial mistake had been. It’s off the loom now. I tried to put it back on, but one layer in particular is more undone than the others. I tried to backtrack back to that layer, to try to put it back on the loom from there, but it’s all just a tangled mess now.

I tried to attach a picture, but it said it was too big, so I’m putting a twitter link to it. I hope that’s okay. 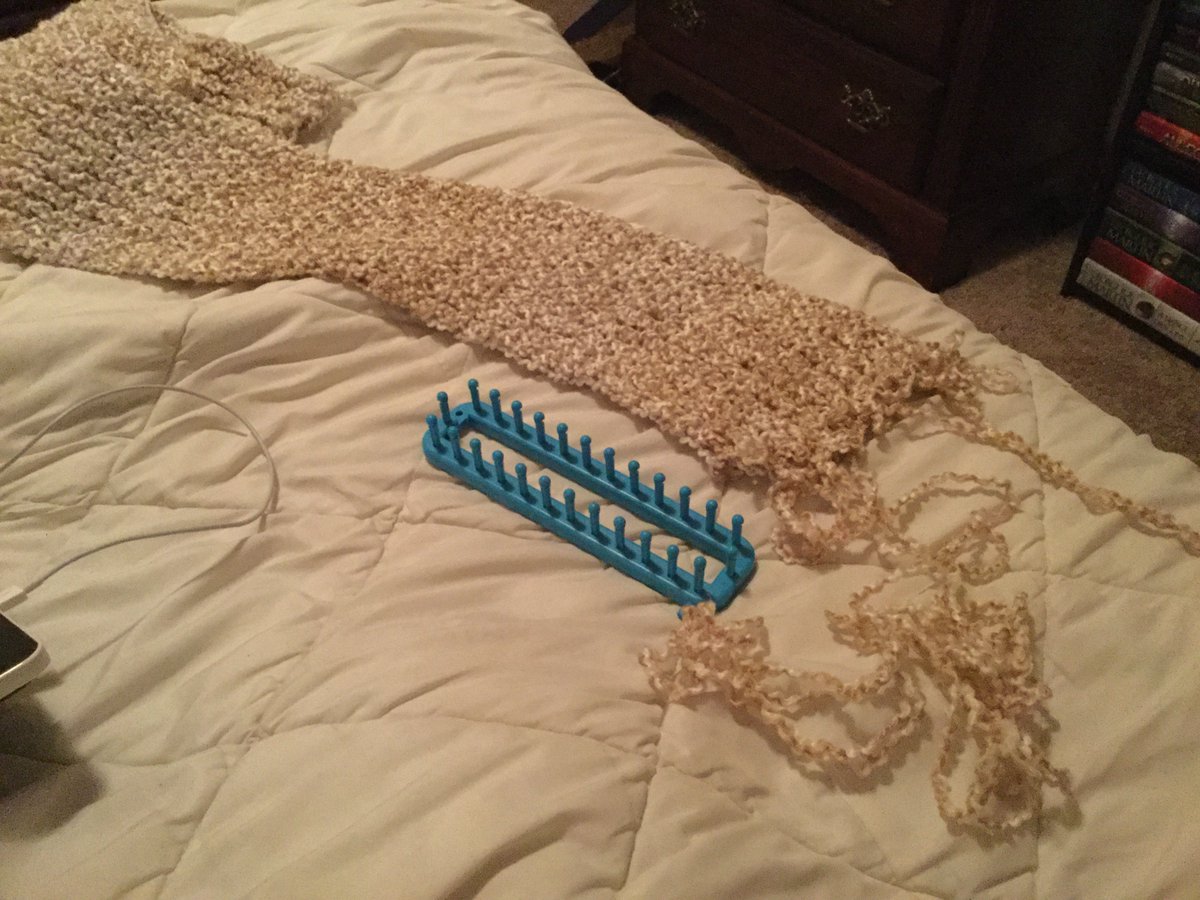 Is there any way to save it? I don’t want to loose the scarf :[ The rest of it is perfect.

Welcome!
I don’t loom knit and i couldn’t get your link to work but we’ve all faced a similar problem at one time or another.
It may make it easier to fix if you can put the stitches onto a knitting needle or a length of scrap yarn. If you thread a tapistry needle with the scrap yarn, you can thread it through the right leg of each stitch in a row. Pull out your stitches up to that row and then begin putting that row back on the loom. Use a smooth yarn in a contrasring color ( even dental floss might work in a pinch).
You can leave the contrasting yarn in place until you finish and then remove it after the cast off. It’s called a lifeline.
Here’s a tutorial that may help. See about 1/4 the way down the page under afterthought lifeline.

Can you rip back your knitting without ruining what you've already done? Yes! Here are simple techniques to making ripping your knitting a lot easier.

Thanks, salmonmac! It took me a couple hours of fumbling around, but I have completed the scarf! It’s looking pretty good, if I do say so myself ;]

Good going! Glad you got it to work.