Okay so I made a scarf, quite proud of it so naturally I bought a pattern and decided on a different style scarf. But I don’t understand how to read it.

First line says with 9mm, needles cast on 2sts. I managed that at least!
However the next lines say 1st row: Inc in first st, K1. I understand that K1 means knit one, but to get to that point I’m a bit confused.

Further down in the pattern it also says Work in patt with gst edges. what does Gst mean? Also it says *yfwd in one row later on, what does the * indicate? I’m an utterly beginner with patterns, normally I just eyeball it and guesstimate but I thought a challenge would be good for me. I would really appreciate the help though.

I really appreciate any help you guys can give

Increase IN first stitch usually means to do a KFB which is knit front and back. There are instructions in the videos linked at the top of the page under increases. Then you just knit the next stitch. You now have 3 stitches.

I’m not sure what GST means. There are usually notes on patterns that tell you what terms mean so check for that. Can you please give us a pattern name and link to it if possible? Makes it a lot easier to help. (Don’t post the whole pattern here just a link)

Its King Cole pattern 3157 (https://www.amazon.co.uk/King-Cole-Knitting-Pattern-Scarves/dp/B00GSY5H82), I’m doing the 4th pattern. I can find images of the pattern on google but you said not to post all of it. I’ve managed to get through some of the stages now, but I’m starting to think that I’ve gone in over my head, because I can’t get a hang of it after many attempts. haha xD 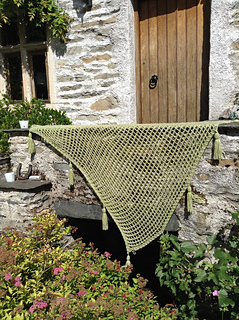 Gauge irrelevant for this pattern.


I agree with Jan. The pattern should have a key to abbreviations either at the beginning or at the end.

Gst may be garter stitch (knit every row). The asterisk (*) usually designates a repeat as in *yfwd, k1, p1 k2tog, repeat from *. In that case you would repeat the instructions between the asterisks across the row. You can quote a row of your specific instructions if you wish.