I think the only thing that really works is REST. :pout:

I have pain in my left wrist all the time, because it never gets a rest. Computer time, Knitting, Piano, Organ.

There are also remedies if you do an ergonomic study of your environment. Sometimes changing to a different chair helps. Your arms should be free at your sides when you knit (I think).

Thank you! I’m trying to give my hands rest but it is hard to do since I’m on a computer almost all day at work (and here I am typing away on KH).

I’m guessing it is the 2x2 ribbing that got me. I have heard that can be hard on your hands/wrists, especially if you knit English/throw, which I do.

I was so good. I got everything ready to mail out and had the address all set. Then I noticed that I neglected to weave in my ends! Ugh! I’m such a procrastinator when it comes to that.

Anyway, I will weave everything in tonight and get mine in the mail tomorrow morning.

We’ve got from now until October 15th to mail them in!

Oh, I’m SO glad to hear that! I thought I had missed the deadline!

I just put mine in the mail this morning but I forgot to write up a nice card with the care instructions! I am so absent minded this time of year . . .

Since the deadline is October 15th can you update the title of this thread? We might be able to get a few more knitters involved.

We’ve got from now until October 15th to mail them in!

Thank goodness! Is everyone making the scarf 60-inches? I think I read that on the OFA website. Anyway, I’m at 53-inches right now.

However, it may take me another week or two at the rate I’m going. Since my wrists are still bothering me, I’ve only been able to knit for about 10 minutes at a time. But I am determined to finish this scarf!

I knitted two scarves, the irish hiking and farrow rib, both scarves went in the mail Tuesday and cards and gift cards to Starbucks. It was fun to pariticipate this year.

Mine is done! I will mail it next week. I did a 60-inch long scarf in ribbing and a dark maroon color. It took me much longer than I expected because my hands and wrists got very sore from knitting too much (on mutliple projects). However, I am so excited about this scarf because it is my first project using Continental knitting!

Since my wrists were so sore, I could only knit for a few minutes at a time. and was worried that I would miss the deadline for this project. I had read, or heard, somewhere (perhaps Knitty Gritty) that it is a good idea to know more than one way to knit so that your hands don’t get repetitive stress.

So I decided to take a couple of days to practice Continental knitting, and I picked it up quickly. For this scarf, I started out switcing back and forth between Continental and English knitting. This probably wouldn’t be a good idea for a project that gauge is important, but I did my scarf in ribbing, which can be very forgiving. I can’t tell which portion of the scarf is Continental or which is English.

However, I decided to finish the scarf with Continental knitting because doing ribbing was quicker and the transition between knit and purl stitches was so smooth.

Now that this scarf is done, I think I will take some time off to rest!

I want to knit this 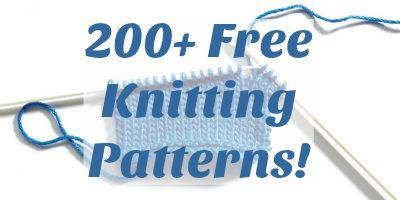 Free Knitting Patterns You Have to Knit | Interweave

Get over 200 free knitting patterns from Interweave including patterns for knitted hats, socks, scarves, gloves as well as techniques, stitches, and much more! You'll find everything you need to continue your knitting with our amazing resources and...

I just wanted to bring this thread back up to the top as a reminder that the deadline is quickly approaching. I’m almost finished with mine and then I’ll post a pic!

I’m still not done! I gotta get it in gear. The scarf I’m knitting connections from Knitting Daily is so curled up. I’m going to have to block it really good which is probably gonna take a few days. or I could crochet up the sides of the scarf to make it lay flat more. Hmmmm…we’ll see

I mailed my 2 yesterday but I forgot to take pictures :doh:I was just so excited to finally be finished and get them in the mail. I used a really pretty navy blue and autumn red both were Simply soft. I did them both side by side at the same time on a really long circular needle. The red was a simple cable up the middle and the blue was a basket weave.
They were fun to do. I kept thinking about who might wear them and how they probably hadn’t had a ton of hand knits in their lives. It just made me feel all warm and gooey inside!

Well, here is my red scarf that I’m sending today. I going to try to make another one over the weekend to get it out before the deadline! I just love the idea for this cause.

I checked the website today and there is a very touching ‘thank you’ on the main page, lower left side of page. Also, there are a few pictures posted on the Red Scarf page. The students have big smiles on their faces!

I’m so glad I did this, and I want to do it again the next time. Does anyone know if they always have it at the same time every year (September thru October)?

I checked the website and it looks like the dates for the next Red Scarf project will be between September 1 through October 15, 2008.

It will be here before you know it, so I thought I’d post this in case you want to get started or at least start thinking about it.

Do the scarves have to be acrylic? It might say on the website, but I can’t find it if it does. I have some burgandy wool in my stash that would be very nice.

Do the scarves have to be acrylic? It might say on the website, but I can’t find it if it does. I have some burgandy wool in my stash that would be very nice.

Last year I used a worsted weight acrylic. I think the main thing they are looking for is something soft. Here is what the website has for yarn:

"Yarn: Preferably DK, double fingering-weight, worsted weight, or light bully yarns. No laceweight, super-chunky, or mohair yarns as there are many people who find mohair too itchy. The yarn should be soft. "

jdee - I was looking around on the website and there is a message and pattern from Lily Chin. The pattern has this:

Surely wool must be okay if the ‘official’ yarn is a superwash merino.