Hi everyone! I’m in a bind with a specific pattern. I have a lot of little questions but also I just need some general guidance with it. If any of you have insight on what I might be misunderstanding, I would really appreciate it! Sorry it’s so long winded, but I was trying to make my issues clear

Okay, I’m making the Cotton Camisole from Classic Knits by Erika Knight, working on the back side, and everything was going pretty much fine up to the point where I divided for the neck. Now I pretty much have no idea what she’s talking about. Here’s what it says:

I understood the split just fine and the following rows, which create the ribbed edge, but then it started not to make any sense. First of all, I don’t know if I began the armhole at the right time. I think I just did the part from ** once, then continued, but was I supposed to repeat that part more than once? (The back measured way more than 13.5" anyway, which was partly because I messed up earlier and decreased for the waist more than I should have.) And then, I started to really get confused after that. By “at the same time” I think I understand that means I have to combine both decrease rows–as in I should keep doing the k2tog tbl in the decrease row, and also be decreasing on the other side? But she doesn’t actually give instructions on how to lay that out, so I feel like I’m doing it wrong. Also, from her picture I can tell that there is only one eyelet decrease per row on the armhole, not two like when I was making the waist. But I’m also binding off a stitch on the armhole edge, which is where the eyelet is placed, aren’t I? So do I bind off one, knit two, and then eyelet decrease? I’m just confused in general (as you can see) and I have a sinking feeling that I have no idea what I’m doing. The way Erika wrote the pattern seems very unclear, but I love her book and she’s very highly esteemed, so I figure it must be that I am just having trouble understanding. I’m attaching a picture of what I’ve done so far, so I hope it’s easy to understand what I’m asking. I just need some guidance and encouragement

Thank you so much for reading and not falling asleep! Have a lovely day, everyone. 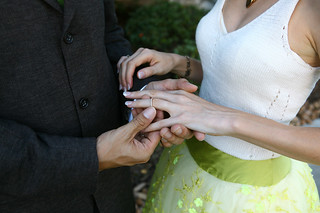 Only do the part immediately following the ** once.
At the *** begin decreasing at the neck edge every other row. This decrease at the neck edge continues throughout the section you’ve quoted.
At the armhole edge, bind off 5sts, work a row even. With the RS facing decrease at the beginning of rows 1,2,3,4,5,6,7,8, and 9. Then dec on rows 11,13,15,17,19,21,23.
I’ve bolded the rows for the eyelet decrease. There should be one eyelet dec every 4 rows.
It looks like you have some eyelets at the neck edge that aren’t in the pattern. You’ll have to rip back to that point to get rid of them.
You might try using a ssk or k2tog tbl decrease at the armhole edge, one stitch in from the edge instead of binding off at the armhole edge. Instead of the dec (either ssk or bind off as you wish) use the eyelet dec every 4th row.
I usually write out these row numbers and cross them out as I go along to make sure I get them all at the right place. It’s going to be a very nice looking top.

Thank you so much! I think I’ll be able to hack it now. It’s been a really enjoyable pattern so far! I love her designs.
Have a lovely day