Hello I’m a fairly new knitter I chose this pattern as I thought I could do it but I’m confused!

Thank you for taking the time to read this

Welcome to KH and to knitting!

Very nice! Enjoy working in this one. 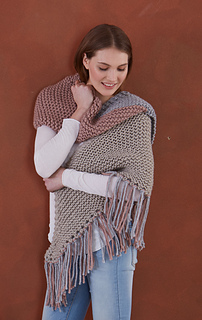 ** Note: The pattern title says Turtleneck Sweater - but it really is the wrap featured and profiled. There will be a correction forthcoming.**

Thank you so much for taking the time to help. I think it looks pretty looking forward to doing it now I understand