Here is where I’m having trouble, as I cast the 3’s on & do the moss st pattern, it does not keep pattern. It turn out more like a rib. I can’t figure out what I’m doing wrong.

This is the link to pattern: 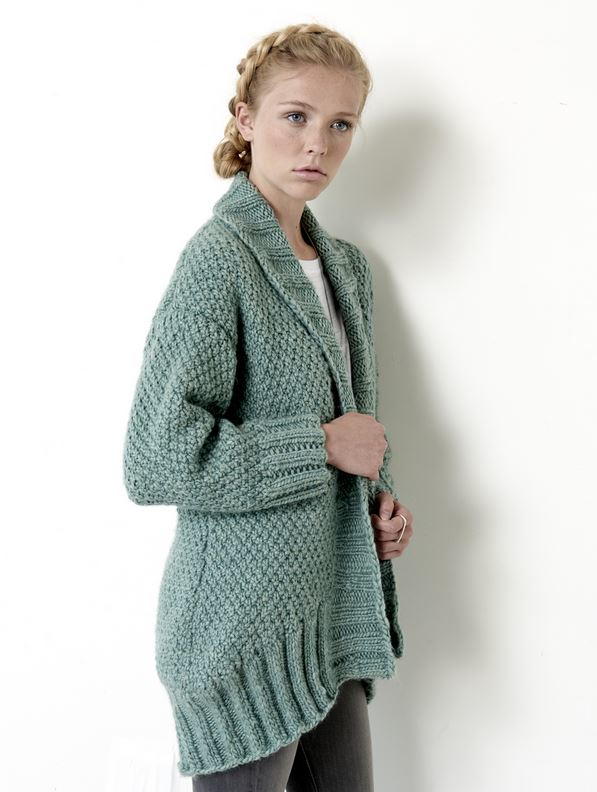 Wrap yourself up in warmth like the caterpillar wraps himself in a cocoon with a Cocoon Cardigan. Like the caterpillar, emerge in the springtime revitalized and transformed. There's no reason to fear the winter chill with knit cardigans like these.

Even better, look at the pattern from the previous row, and count backwards from say 4sts from the edge to determine what stitch the new row should begin on. This is “reading” your knitting and is an invaluable technique to have.
Very pretty, cozy looking sweater!

Thank you so much! I thought it looked like a sweater that would be nice for a cold day to cozy up with a hot cup of coffee. Thanks again