Hi All,
I am attempting to make my first tam for a last minute Christmas gift. I found a pattern on ravelry and started the tubular cast on. I casted on 48 sts and did the tubular cast on which gave me 96 sts. The I have to do 1" of a 2x2 rib. I did a few rows and it seems like the brim is too small and doesn’t seem big enough. I mean it does have an incredible stretch, but I don’t think it’s going to stretch enough for an average head.
I don’t want to keep doing the patten if it’s not going to be large enough.
My question is, if I continue doing the 2x2 rib and then continue in pattern will the 2x2 rib give it enough stretch?
Here’s the link on ravelry 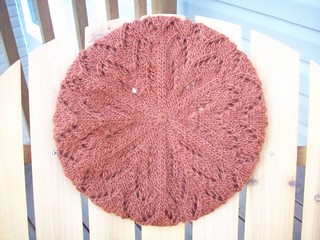 Note: This pattern is currently not available.


I am using Queensland Rustic Tweed. Size US5 needles for the cast on and then in pattern using size US7. The yarn is worsted weight and usually calls for size US8 so I figured it would be great and it should give it a great stretch.
Anyone who has knitted tams before would probably know if it will be large enough and if I am doing something wrong.
Thanks!
Gino
cheley August 23, 2016, 12:16pm #2

I have completed 4: http://www.diynetwork.com/diy/shows_dkng/episode/0,2046,DIY_18180_43432,00.html
The first one, I used the instructions/needles to the T…then the next 3 I kindda fiddled around and managed to get great fits too…First 1 was for a teen girl the rest guys…believe it or not the pat was right on…

Thanks! It’s just that I have never done this before and it seems waaaaaaaaaaaaaaaaay too tight. I’ll keep going and see if it grows. I guess that if it’s still too tight, I can rip it apart and add rows to the cast on and decrease it evenly around when I start my 2x2 rib or when I start the main pattern.
Anyone else with any experience?
Happy Holidays!