FO: The "Question Everything" Hat

Everybody’s got that one relative that you NEVER know what to give. In my case, it’s my younger son. About a year ago, he started exploring the possibility of joining the Marine Corps. And since he seemed to hang onto this idea for a while, I figured maybe I’d be out of the “what do I knit for HIM” quandary with a squared away USMC hat in red and gold. Even found the right shades of both colors in Cascade 128 Superwash. And just about the time I was casitn on for his spiffy new USMC hat I get an email saying “I’ve been looking at the Army instead…” :wall:

Well I already had the yarn, d*mmit. And after much consideration, thought and discussion I came up with this alternative. The Question Everything Hat. 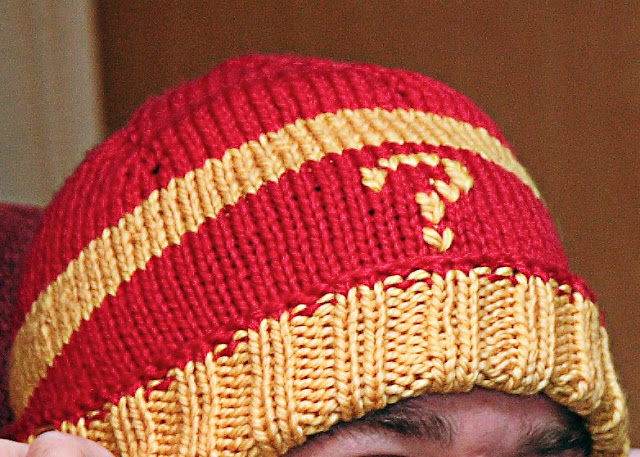 Nice. Well done. But…I must question the name you gave it. :teehee: